On 20 March 2007, Honey found out that she was pregnant again and told Pat Evans, but asked her not to tell Billy. Pat persuaded Honey to tell Billy. He was distant initially but came round, following a heart to heart and he admitted to being concerned, like her, that they would love the new baby more than Janet if it didn't have down syndrome. Honey reassured him would never happen.

After this, the two agreed they want the baby and gradually told their family. The baby was due on 12 November 2007. On 12 November 2007, Honey was knocked over during an incident at The Queen Vic involving Jase Dyer, Terry Bates and Terry's gang, and she went into labour. When the baby was born, it seemed that he was stillborn because he wasn't breathing but he pulled through. Honey wanted him after her father and felt guilty about being happy that he did not have Down's Syndrome. William left Walford with Honey and Janet on 2 September 2008 when Billy lied to her about giving Jase's money to charity, which has led to his death.

It was revealed a few days later that they are living with William's grandfather Jack Edwards. On 18 September 2008. Both Janet and William returned when Peggy decided to have a family photo taken. On 25 December 2008, he and Janet returned again for Christmas but weren't see on-screen. In April 2009, when it was revealed that William had a bug and was ill, Billy went to see him leaving his family who were torn apart by Danielle Jones true identity and her subsequent death to see William. William reappeared the following month, along with Janet for Billy's 50th Birthday party.

Honey has since taken William to live with her in Canada, as he has been spotted by a model agency. Toby Walpole played William from when he was a baby up until his appearances on the 6th June 2014. In November 2015 William returned with his mum Honey Mitchell, he later found out that the modeling agency in Canada had choosen not to renew his contract.

William Mitchell as a baby. 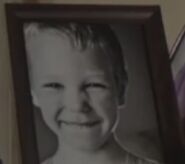 Toby Warpole, who played William from his birth in 2007 for eight years 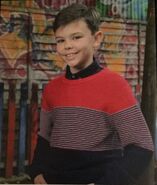 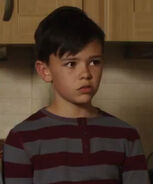 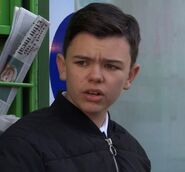 Will Mitchell January 2021
Add a photo to this gallery
Retrieved from "https://eastenders.fandom.com/wiki/Will_Mitchell?oldid=211811"
Community content is available under CC-BY-SA unless otherwise noted.