Scarlett Allen (deceased)
Ruby Allen made first appearance on 18 March 2005. She is portrayed by Louisa Lytton and was originally depicted to be the daughter of gangland kingpin Johnny Allen. She is also the wife of Martin Fowler.

Ruby Allen arrives in Walford, having run away from boarding school to look for her father - Johnny Allen. On her arrival, she is befriended by Stacey Slater, who grills Ruby about her family. After storming out of the café where they are talking, she is mugged by a vagrant in Bridge Street, who grabs hold of Ruby's coat and steals her mobile phone. She is then almost run over by a taxi. Ruby feels that Johnny is pushing her away and reminds him that he only saved her by accident when their house caught fire. He was actually trying to save her sister, Scarlet, as the latter and their mother Stephanie had both died in the fire - which occurred a year ago in March 2004. Ruby soon learns that Johnny has a mistress Tina Stewart - the woman who had almost run her over - and initially disapproves of their relationship, but slowly begins to warm up to Tina. She is later excited with the prospect of Tina marrying their father, but their moods changed when they each learn about Johnny's true character; his old acquaintance Peggy Mitchell reveals that Johnny is a violent bully, a thief, extorter, and more likely a murderer as well. Ruby confronts him and he denies it. When she learns that Peggy was telling the truth about Johnny, she leaves her father and - after initially residing with Stacey - stays with Peggy at the house owned by her and Johnny's common friend, Pat Evans.

Sometime later, Ruby catches Johnny having an affair with Amy while he is engaged to Tina. She tells Tina about what she found out and Tina confronts Johnny, before later departing the square in disgust - which subsequently leads to Ruby disowning her father. However, she later grows concerned over the way how both her father and Stacey are facing similar encounters with Peggy's two thuggish sons Phil and Grant over an ongoing situation; Phil and Grant's youngster sister, Sam, was framed by her nemesis Chrissie Watts for her crime of killing the latter's husband Den - up to the point where Stacey's relative Zoe ended up fleeing the square due to her contribution before both Stacey and Johnny themselves discovered the truth about Den's murder. It was at this point where Ruby supported Stacey and her cousin Kat over the situation, whilst also expressing worry that her father would get hurt by Phil and Grant. Eventually, Ruby went to visit Johnny at his nightclub - only to find him ready to shoot Phil and Grant following his brawl with the brothers. She convinced him to put the gun down and, by the time Chrissie was arrested and Sam is released from prison, they eventually made amends.

Ruby soon moves back in with Johnny and they rebuild their relationship, which was soon tested again when she began dating the square's local waiter - Juley Smith. Soon enough, Ruby lost her virginity to Juley and they passionate starts to grow romantic. Johnny doesn't take kindly to this, as he has already warned Juley about Ruby. She initially defends Juley and even turns against her dad for him, but Ruby soon learns Juley was in fact being paid by Phil to sleep with her - as part of his own feud with Johnny. She soon reacts by getting drunk and collapsing on the floor. Phil, who has broken into Johnny's house to have it out with him, takes her to hospital. Juley attempts to get Ruby back, and she eventually agrees to try again. However, she realizes that she couldn't trust him when she found herself questioning his phone calls.

On the second anniversary of her sister and mother's coincidental deaths, during the Get Johnny Week scenario, Ruby discovers that her father was an alcoholic and she left him to Phil and Grant - who have both abruptly turned up to confront Johnny for ordering the death of Den's illegitimate son Dennis Rickman, who had recently married his adopted sister and the Mitchell Brothers' ex-common lover Sharon. While Phil confronted Johnny over Dennis' murder, Grant kept watch over Ruby and they proceeded to have a heart-to-heart over their own family troubles - up to the point where Ruby comforts Grant when he opens up about how the death of his former wife Tiffany has left him parenting their daughter Courtney on his own without her mother. Shortly afterward, Ruby confines to Grant about how Phil paid Juley to sleep with Ruby. Outraged, Grant furiously burst into Johnny's office just as Phil begins throttling him to face justice for Dennis's murder. This gives Johnny a chance to get away. There is a big chase, which results in Johnny's henchman Danny Moon handcuffing the brothers and marching them into the forest. He is about to kill Grant when Danny's brother Jake intervened and shot Danny instead - accidentally killing his brother as a result, which allowed Phil and Grant to go and confront Johnny once more. But just before they could do that, Ruby discovers her father's role in Dennis' murder and confronts Johnny with an ultimatum; either he turns himself into the police or she will change her name to ensure that her father is out of her life for good. Choosing with the former, Johnny is arrested for his gangland activities - including the murders of both Dennis and his best-friend Andy Hunter - and sentenced to life imprisonment. In the wake of this, Ruby returns to Walford with Jake. She later finds out about Jake killing Danny and confronts him about it, which threatens their unlikely bond at first. It soon becomes clear that Jake is obsessed with Ruby's welfare, but he then resolves to takeover the managing of her club until she turned 18 in October. Ruby withdraws £2000 for a holiday but decides to return it and is mugged by Juley.

By the time her eighteenth birthday had emerged, Ruby was in a relationship Stacey's brother Sean - up to the point where he and Jake become business partners and sworn enemies. As Ruby ends up defending Sean against Jake on numerous occasions, the latter alerts Johnny of the situation and he requests Ruby to visit him. When Ruby does visit her father in prison, he questions her about Sean and agrees to meet him in person. However, Sean's visit to Johnny in prison ended in tragedy for Ruby; her father - after being taunted by Sean over his plan to exploit Ruby for their financial assets - died of a heart attack amid trying to have Sean killed. Not long after discovering this, Jake leaves the square and Sean feigns comfort towards Ruby over her father's sudden death. On the day of Johnny's funeral, Ruby goes missing and Sean finds her - with Ruby having slumped behind the desk in the Scarlet office, with a bottle of vodka. Later, she speaks to Pat and listens to her viewpoint that her father was normally right about people - including Jake and Sean. Ruby later left Walford in the back of a cab, having fallen out with Stacey once again.

Nearly two years later since they last saw each other, Ruby gets in touch with Stacey and meets her at the club - where they briefly catch up until Stacey has to rush home for family matters. Stacey soon introduces Ruby to her husband Martin Fowler, who invites Ruby to attend at his school reunion that is taking place at the club - now named the E20. Ruby soon meets Martin's old schoolmates, Ross and Matt , and after Martin and Stacey go home, she goes back to Ross' flat with them, only to be raped by both Ross and Matt. The next morning, she tells Stacey what happened, and Stacey realises that Ruby was raped. She goes to a clinic to be tested. Martin and Stacey row over the rape, as Martin does not want to believe it of his friends. A photo comes to light of Ruby kissing Matt, and Martin shows it to the police, angering Ruby.

Ruby begins to date Jay Brown , and get back involved with her job, planning promotional events. She delivers for a client, Justin , and is approached by Habiba and Iqra Ahmed to help them with the relaunch of the restaurant, Walford East . Ruby is sacked by Iqra after putting a photo of her online, but Habiba tells her to carry on anyway. At the party, Ruby is arrested for sexual assault by the police. The next day, she meets the man who made the accusation, Blake Turner, and is horrified to learn that she made him feel like he had to have sex with her to keep his job. Blake later drops the charges.

Ruby invites Ross to her flat to get revenge on him. At the same time, Martin grudgingly goes for a drink with Matt. Ross sends a picture of Ruby from behind, captioned "Round 2?", which Martin sees, causing him to punch Matt and rush round to Ruby's flat along with Stacey. Meanwhile, Ruby has drugged Ross and is preparing to knife him. Martin and Stacey stop her, and they leave a drugged Ross on a bench outside. At the trial, Ross and Matt are both sentenced to 10 years in prison.

Ruby splits up with Jay, and begins to date Max Branning , although she is very amused when she is approached by a young man who mistakes Max for her dad. Mel Owen sells Ruby the club e20. In Mick and Linda's wife swap challenge, she is paired with Mick Carter . However, she sleeps with Martin. The morning after, they agree to just stay friends. 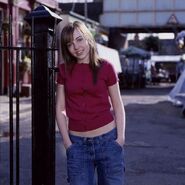 Retrieved from "https://eastenders.fandom.com/wiki/Ruby_Allen?oldid=210501"
Community content is available under CC-BY-SA unless otherwise noted.