Pudding Lane is a special episode part of the 1999 Children in Need telethon.

"A Tale of Ye Olde London in Five Parts", set in Pudding Lane in 1666. Matthew Rose is the local pick-pocket and prime suspect in a murder (some things never change). Teresa di Marco is an Italian aristocrat, stranded in "The Walford Arms" and Janine Butcher is a 'lady of the night'. You'll see other members of the cast living up to their Albert Square reputations, including Mark Fowler, Ricky Butcher and Carol Jackson. But watch out for Steve Owen as you've never seen him before. 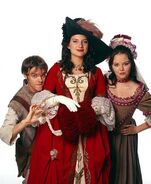 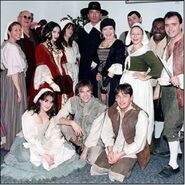