Nellie Ellis (Auntie Nellie) made her first appearance 23 December 1993. She was a regular until 1998 and returned briefly for the funeral of Ethel Skinner in September 2000, last appearing in 7 September 2000. Nellie was the cousin of Lou Beale  and was a gossipy lady and liked to be in charge. Nellie was played by Elizabeth Kelly.

Nellie Ellis (Unknown maiden name) was born in August in about 1923 in Walford, London, E20. She was the daughter of Nora and her husband. Nora died in childbirth and Nellie's older first cousin Lou Medeemey helped raise Nellie when Nellie was a child. Lou's mother Mrs Medeemey and Nellie's mother were sisters.

Nellie, the cousin of Lou Beale, first appears in Walford in December 1993 for the funeral of Pete Beale, her first cousin once removed. When she falls and breaks her hip the following month, Lou's daughter Pauline Fowler lets her stay with her family so she can be cared for until she is better. Not wanting to live alone in Ilford, Nellie emotionally blackmails and offers her a cash loan Pauline to stay; Pauline feels obliged to allow it. Nellie and Ethel Skinner often go drinking together but have little in common and usually end up arguing. She befriends the much younger Cindy Beale and her distant relative, Pete Beale's son David Wicks; the latter only begins spending time with her so she will invest money into his car business. She also has a cat named Mandoo, who is found dead under Joe Wicks' bed.

She is often seen criticising Pauline's husband Arthur Fowler, who tries in vain to get her to move out. Nellie's husband had left her for a woman named Doreen and because Arthur had cheated on Pauline, Nellie resents him. For forty years, Nellie had not divorced George and he had never asked for a divorce. He dies in November 1994 and Nellie attends his funeral, resulting in some conflict with George's daughter. Before Nellie returns to Walford, she and Doreen find closure and she resolves her differences with Arthur. Following this, Nellie decides to move out of the Fowlers' home to give them space to rebuild their marriage. She briefly moves in with fellow pensioner Jules Tavernier, but despite flirtations, the relationship remains platonic. When Jules starts getting back pains from sleeping on his sofa (Nellie has his bed), Nellie attempts to manipulate the Fowlers into letting her return by pretending that she has had various accidents to gain sympathy. This almost works until Pauline's daughter Michelle Fowler gets Nellie residence in sheltered accommodation with Ethel, much to Nellie's chagrin. Following this, Nellie shows up occasionally in Walford for visits. She attends Ethel's funeral in 2000 and sends a wreath to Pauline's funeral in 2007 but does not attend. 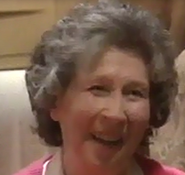 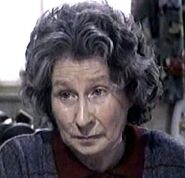 Nellie Ellis
Add a photo to this gallery

Retrieved from "https://eastenders.fandom.com/wiki/Nellie_Ellis?oldid=208373"
Community content is available under CC-BY-SA unless otherwise noted.