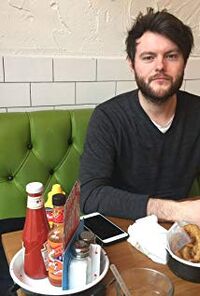 Matthew Barry (born 16th February 1986 in Wales) has written 15 episodes of EastEnders since May 2011 and was responsible for writing two episodes of the spin-off series Kat and Alfie: Redwater.

He has also written for programmes Casualty, Waterloo Road and Doctors. In 2004 he played the role of Leo Vivaldi in Mine All Mine and as Jason in Home Farm Twins in 2000, his other acting TV credits include Dalziel and Pascoe, High Hopes and Drifters.

Retrieved from "https://eastenders.fandom.com/wiki/Matthew_Barry?oldid=149275"
Community content is available under CC-BY-SA unless otherwise noted.