Present; regular
Lorna Cartwright made her first appearance on 31 July 1997. She is portrayed by Janet Dibley.

Lorna is an alcoholic who Phil Mitchell meets at his AA meetings. She bumps into Phil at a café one afternoon and is openly attracted to him. Phil, whose marriage is suffering due to his alcoholism, finds a kindred spirit in Lorna. She understands his struggles with addiction in a way that his wife can not. When Lorna invites Phil back to her place, she is shocked to discover that he is married, as in her experience, alcoholism destroys marriages - her alcoholism had destroyed hers and her ex-husband was awarded custody of their children after she went to court, drunk. However, Lorna is not perturbed, and the following meeting, she invites Phil back to her place again; he cannot resist her advances and they have sex.

Phil is plagued with guilt, he tries several times to end his affair with Lorna, but he cannot and always ends up having sex with her again. However, Lorna begins expecting more than he is prepared to give. He ends their affair when she starts coming to his home in Albert Square but this infuriates Lorna. She phones Phil's house and makes herself known to his wife Kathy Sullivan. With Kathy's suspicions raised, Phil concocts a story that Lorna is an obsessive alcoholic, who has merely taken his rejection badly. However, when Phil goes to Paris, he is given a hand-written suicidal letter from Lorna, ridiculing his skills in bed. Kathy demands to know what is in the letter, leaving Phil no choice but to admit to the affair. Kathy's response is to throw her wedding ring in the River Seine, telling Phil that marrying him is the worst mistake of her life.

Lorna arrives drunk and homeless at The Reverend Alex Healy's refuge centre, Bridge House. Lorna's suicidal threats cause concern in good samaritan Sarah Hills, but she cannot cope with Lorna's constant binge drinking. Sarah seeks help from her Aunt Kathy, Phil's estranged wife. Kathy, a former Samaritan, tries talking some sense into Lorna, unaware that she is talking to the woman who caused the breakdown of her marriage. After listening to Lorna's tales of woe, Kathy realises the truth and exploded at Lorna for breaking up her family. Lorna is incensed to discover that, even after Kathy dumped him, Phil did not want her. Phil struggles to cope with Lorna's suicidal threats but Kathy is more supportive. She visits Lorna and is told that she has turned to prostitution, and when Lorna is assaulted — allegedly by a client — Kathy allows her to move in with her to recuperate. Phil is furious.

Lorna makes various attempts to reignite her affair with Phil, hampering any reconciliation between him and Kathy. When Lorna discovers that Kathy is planning to emigrate to South Africa, she immediately tells Phil, just to cause trouble between them. Kathy turns on her, and following rejection from Phil, Lorna decides to take her own life by swallowing a cocktail of pills and gin in Phil's bathroom. Phil breaks the door down and calls an ambulance, stalling his attempt to win Kathy back. She leaves for South Africa before Phil has a chance to persuade her to stay. Lorna survives her suicide attempt and with the help of Rev. Healy, she admits herself into a detox programme. Eighteen years later, Phil is surprised to meet Lorna at an alcoholic support group and asks her to leave. When she reveals she is leading the session, he leaves, despite her claims she wants to help him like he helped her many years ago.A few weeks later, Phil goes to the support group with the persuasion and support of his daughter, Louise Mitchell. Lorna allows Phil into the group when he says he wants to stop drinking. 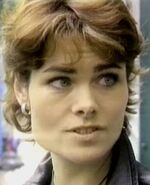 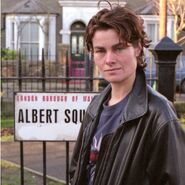 Lorna Cartwright
Add a photo to this gallery
Retrieved from "https://eastenders.fandom.com/wiki/Lorna_Cartwright?oldid=168750"
Community content is available under CC-BY-SA unless otherwise noted.