View source
watch 02:56
Doctor Strange in The Multiverse o Madness - The Loop
Do you like this video?
Play Sound 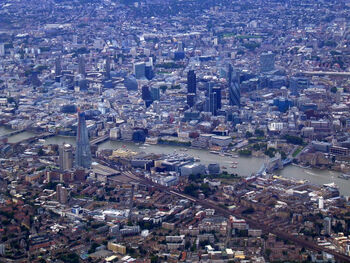 London is the capital and largest city of both England and the United Kingdom. Standing on the River Thames in the south-east of England, at the head of its 50-mile inlet leading to the North Sea, London has been a major settlement for two millennia. Londinium was founded by the Romans. The City of London, London's ancient core − an area of just 1.12 square miles and colloquially known as the Square Mile − retains boundaries that follow its medieval limits closely. The City of Westminster is also an Inner London borough holding city status. Greater London is governed by the Mayor of London and the London Assembly.

London is considered to be one of the world's most important global cities and has been termed the world's most potent, most desirable, most influential, most visited, most expensive, innovative, sustainable, most investment-friendly, most famous for work, and the most vegetarian-friendly city in the world. London exerts a considerable impact upon the arts, commerce, education, entertainment, fashion, finance, healthcare, media, professional services, research and development, tourism and transportation. London ranks 26 out of 300 major cities for economic performance. It is one of the largest financial centres and has either the fifth or sixth largest metropolitan area GDP. It is the most-visited city as measured by international arrivals and has the busiest city airport system as measured by passenger traffic. It is the leading investment destination, hosting more international retailers and ultra-high-net-worth individuals than any other city. London's universities form the largest concentration of higher education institutes in Europe. In 2012, London became the first city to have hosted three modern Summer Olympic Games.

London has a diverse range of people and cultures, and more than 300 languages are spoken in the region. Its estimated mid-2016 municipal population (corresponding to Greater London) was 8,787,892, the most populous of any city in the European Union and accounting for 13.4% of the UK population. London's urban area is the second most populous in the EU, after Paris, with 9,787,426 inhabitants at the 2011 census. The community within the London commuter belt is the most populous in the EU with 14,040,163 inhabitants in 2016. London was the world's most populous city from c. 1831 to 1925.

This formed the basis for the world depicted in EastEnders: a working-class community, from all walks of life living in a Victorian-square which was built in the 1800s. The basis of Albert Square and its people is how much of a tight-knit community the residents are. Co-creators Tony Holland and Julia Smith described the residents of the area attitude as "Hurt one of us, and you hurt us all." The area also has its fair share of history, with some characters such as Lou Beale living in the area from birth to death. It also holds a lot of cultures and different people from all walks of life such as homosexuals, the unemployed, foreigners, wealthy and working-class people.

London is at the centre of British film and television production industries, with significant studio facilities on the western fringes of the conurbation and a large post-production industry centred in Soho. London is one of the two leading centres of English-language publishing alongside New York. Globally significant media companies based in London range from publishing group Pearson to the information agency Reuters, to the world's number one advertising business group, WPP. Almost all of the major media organisations in the UK are based in London. All the major television networks are headquartered in London, most importantly the BBC. Other systems headquartered in London include ITV, Channel 4, Five, CNN International and BSkyB. However, these produce some programmes elsewhere in the UK, but London is their main production centre. It's also the home to Elstree Studios which is located in Borehamwood and is the place where EastEnders is filmed and has been ever since the programme launched in February 1985.