He returned to Walford in 2008 with his mum and siblings, Whitney Dean, Tiffany Dean and Morgan Jackson-King after they got thrown out of their home by the landlord and having to spend the night at a bus stop due to being homeless.

The son of Ricky Butcher and Bianca Jackson, Liam is born prematurely on Christmas Day 1998, in The Queen Victoria public house. In September 1999, Liam's parents separate and Bianca takes him to Manchester. Despite returning to Walford briefly in April 2000 to visit his father, Liam rarely sees Ricky. In May 2002, Ricky visits him with his fiancée Cassie to discuss custody of Liam. After a series of events, Bianca gives Liam to Ricky. Shortly afterwards, Ricky and Liam return to Walford but leave in 2004. Off-screen, Liam is returned to Bianca in 2006, following Ricky's engagement to Melinda, who did not want children.

Liam returns to Walford with his mother and siblings, Tiffany Dean, Morgan Jackson-King and Whitney Dean, in April 2008 after they are evicted by their landlord. He and his siblings spend a week in care due to the police finding them homeless and Bianca assaulting a police officer, Liam settles back in Walford, living with Bianca, Ricky and his great-grandmother Pat Evans. Later that year, Liam begins skipping school, feigning illness and it is subsequently revealed that he is dyslexic, explaining his inferior grades and repeated absences. Ricky takes an active role in Liam's schooling, helping to improve his grades. With secondary school approaching, Liam is denied a place at Walford High and is offered a place at King Edward V, which Bianca and Ricky think is too far away. Their appeal is unsuccessful so Bianca decides to homeschool Liam instead. However, when Bianca and her mother Carol Jackson argue, Liam says he will go to King Edward V and will work hard. However, before he starts there, he worries that none of his old friends will be there and sneaks out to the park, where Carol's date Lewis Daley gives him encouragement and tells him that life is never easy.

At Liam's uncle Billie Jackson's birthday party, Liam sees Kim Fox drunkenly kiss Ricky. The morning after, Liam, Tiffany and Morgan are told Billie is unwell, but Liam correctly guesses that he has died. Later, he is angry at Kim and sends her away when she brings food to the house. He then talks to Ricky, and Bianca overhears him saying Kim kissed Ricky. When Morgan accidentally squirts tomato ketchup over Billie's hoody, Liam tries to wash off the stain but is caught by Carol; who slaps him on his face, causing his forehead to bleed. Although they make amends, Bianca discovers the cut, which causes an argument. Carol then bans the family from attending Billie's funeral. Carol embarks on an affair with a friend of Billie's, Connor Stanley, but Connor continues to see Whitney. Tiffany sees this and tells Liam, who encourages her to keep quiet as he worries it will split up the family. Liam eventually tells Ricky but Bianca has already found out and beaten Connor, leaving him unconscious. Liam is upset when Bianca gives herself in to the police. He is then suspended from school for hitting another boy. Bianca is subsequently sent to prison, and Ricky later leaves for a six-month job in Dubai. Liam makes friends with Eddie Moon, who Carol is interested in romantically. However, when Eddie allows Liam to skip school for three days so Eddie can teach him about antiques, Carol tells Eddie to stay away from her and Liam. Liam continues to be friends with Eddie and is looking after his stock when Lola Pearce takes him away and burns the stock. Eddie gives Liam a job after he moves his antiques business to Walford, and Lola confesses to Liam that she started the fire. Liam is happy when Carol and Eddie begin a relationship, but is saddened when they break up and Eddie leaves Walford.

When Lola, Ben Mitchell and Liam's cousin Abi Branning want to steal alcohol from a party at Kim Fox's bed and breakfast, they get Liam to dress up in a Halloween costume to do it for them. He steals a bowl of punch, which they drink in the local launderette. Kim later finds them and takes the punch back. Lola pays Liam to take a bag from Phil Mitchell but is caught, forcing him to reveal that Lola told him to take the bag. In December 2011, the family begin to have financial difficulties, and Liam becomes hostile towards Ricky, blaming him for their situation. After the local bed and breakfast burns down, Liam is paid by his uncle Derek Branning to enter the building and find scrap metal. Liam is upset by the death of Pat and the departure of his father, Ricky. Although Bianca and Ricky tell Liam it is only temporary, Liam knows it is permanent. Liam then gets a part-time job cleaning to help out the family with money. Bianca is later caught stealing money and returns to prison, but this time located in Suffolk. Liam then moves to Suffolk with the rest of his family to be near his mother, but returns to Walford with his family in November 2012. After the death of Derek on Christmas 2012, Liam finds the smuggled goods Derek has been hiding in the Jackson garage he tells Bianca who calls the police but when Bianca opens the garage to show the police the smuggled goods, everything is gone. It is revealed that Liam has done a deal with Michael Moon to sell them.

Liam starts truanting from school and is brought home to Bianca by the police. Bianca is warned that if he continues, she could receive a fine or go back to prison. Liam promises to go to school the next day but does not, and tells Bianca she thinks he is a loser and knows nothing about him. Liam becomes involved in a gang, who mug Tamwar Masood . The gang leader, Kane gives Liam Tamwar's money belt, which Bianca finds. She suspects he has joined the gang, and confronts them at an estate, where she tells Liam to come home, but he stays with them. The next morning, Liam returns home and refuses to go to school, so Bianca locks him in his room to stop him seeing the gang, and also slaps him. Liam manipulates Whitney into letting him out, and he runs away. He returns to the gang, who initiate him into the gang by making him shoplift alcohol, smash a car window and mug his colleague Shirley Carter. Shirley realises it is Liam and sends him away with £10. The gang then throw Liam a party, but the police arrive and arrest the gang over Tamwar's mugging. Liam refuses to talk to the police and is released on bail without charge. Liam wants to talk to Kane, and when he finds the gang, they blame him for their arrests, and one of the gang members, Little Chris stabs Liam on Kane's orders. Bianca sees this and Liam is rushed to hospital, where the police offer him help but only if he tells them the truth. Bianca leaves the decision to Liam. He eventually tells them the truth but this only makes the situation worse when the entire gang including Little Chris are bailed without charge once again as they deny any involvement in Liam's stabbing. Fearing the gang may harm his family, Liam arranges to live with his father Ricky but later changes his mind. Liam receives death threats from Kane, which leads to a final confrontation after which Kane is arrested again and Liam goes to stay with Ricky. Liam then returns for the court case, but does not need to give evidence because Little Chris changes his plea to guilty.

Liam settles into living in Walford again and soon develops a crush on Cindy Williams. Liam is shocked when Ian Beale accuses him of having had underage sex with Cindy and threatens to report him to police, forcing Cindy to confess that she made it up to impress TJ Spraggan. A drunk Cindy later kisses Liam and he loses his virginity to her. Ian discovers that Cindy is pregnant but Liam denies responsibility and is furious when TJ reveals himself to be the father. Liam discovers that Carol has breast cancer and supports her through her treatment. Bianca decides to move the family to Milton Keynes following Carol's recovery but a reluctant Liam is eventually allowed to stay in Walford. Cindy kisses Liam after she tells him that she is struggling to be a mother to Beth. Liam stops the kiss, knowing that Cindy is upset. Liam develops a sexual relationship with Cindy. Liam supports Cindy through her parental struggles, but Beth is eventually handed over to TJ. Ian throws Cindy out, so Liam hides her in his room, which Carol eventually discovers. Cindy tells Liam that Bobby killed Lucy and Liam threatens to tell the police, but Ian gives Liam and Cindy a ticket to leave for good. Carol finds out about this and Liam demands £100,000 for him and Cindy to leave Walford to live with Ricky in Germany or he tells Carol and the police that Bobby killed Lucy. However, Ricky informs Liam he cannot take any money, but he relents when Jane promises him recurring payments. He and Cindy then leave Walford together after saying goodbye to their families. 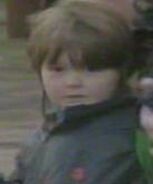 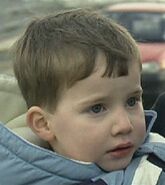 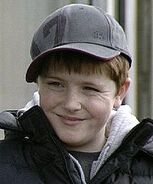 Retrieved from "https://eastenders.fandom.com/wiki/Liam_Butcher?oldid=195958"
Community content is available under CC-BY-SA unless otherwise noted.