Joe di Marco is the son of Beppe and Sandra di Marco. Sandra abandoned Joe when he was young due to Beppe's interfering family. Joe was raised by his father, his grandmother Rosa di Marco and his great grandmother Luisa di Marco.

Sandra comes back into Joe's life in 2000. He bonds with his mother, and despite initial hostilities Beppe also welcomes Sandra back into his life. However it transpires that Sandra is only using Beppe to get access to Joe and she later reconciles with her former lover, Jack Robins. She and Jack plan to abscond with Joe, however Beppe catches her in the act. Beppe and Sandra are then involved in a custody battle for Joe. The constant rowing has a negative effect on Joe and he finds it difficult to choose between his warring parents. This culminates in him getting hit by a car when he disobeys his father and runs across the road to be with his mother. Joe is not seriously hurt, but the accident makes his parents rethink their behaviour. Beppe eventually allows Sandra visitation rights and Joe remains with his father.

Beppe's serial womanising has a negative effect on Joe in 2001, when he walks in on his father being seduced by his teacher, Kay Bradshaw. Joe is so unsettled that he refuses to go to school the following day. In 2002, Joe leaves with his father to live in Leicester following Rosa's death. 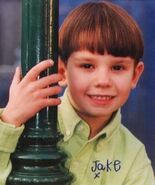 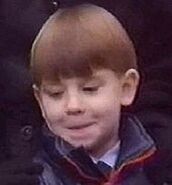 Joe di Marco (25 December 1998 - Part 1)
Add a photo to this gallery
Retrieved from "https://eastenders.fandom.com/wiki/Joe_di_Marco?oldid=164223"
Community content is available under CC-BY-SA unless otherwise noted.