Ran over by Martin Fowler

What Links Here
Jamie Mitchell made his first appearance on 9 November 1998. He is portrayed by Jack Ryder.

Jamie arrives in Walford after the death of his father, Charlie. His second cousin once removed/godfather, Phil Mitchell, takes him in after realising Jamie's uncle and guardian, Billy Mitchell, was beating him on a regular basis. Jamie becomes Phil's surrogate son, replacing Ben Mitchell, and he stands up to Billy, at one point battering him when Billy attacks him again. Billy softens and changes his whole character, and Jamie learns to forgive him.

Jamie starts a relationship with Sonia Jackson, his first true love, after losing his virginity to Janine Butcher, who humiliates him by spreading rumours about his inadequate prowess in bed. A few months into the relationship, Sonia gives birth to Chloe at just 15 years of age. The baby's father is Martin Fowler's, with whom she had sex before she started dating Jamie but didn't know that she was pregnant. Chloe is put up for adoption and it is a blow to Jamie and Sonia's relationship. The relationship survives Sonia's obsession with Chloe, and after she kidnaps her, Jamie proposes and she accepts, but he sleeps with Zoe Slater, who has been pursuing him for a while. He and Sonia consequently split up but he defends Sonia against Phil, who disowns him and beats him for letting Lisa Shaw escape to Portugal with his daughter, Louise. Sonia nurses him back to health and they get engaged again, leaving her boyfriend, Gus Smith, heart-broken, as he had also planned to propose. Earlier that year, Jamie turns to Steve Owen who pays Jamie to smash the windows of the Queen Victoria Pub to get revenge on Phil. However, Martin accidentally runs over Jamie outside the tube station; Jamie is rushed to hospital, where it's confirmed that he will inevitably die of spleen damage. After receiving visits from Phil and Billy, who both make peace with Jamie after they each apologize for the abuse their inflicted onto him, he dies with Sonia by his side.

Jamie's death is mentioned 15 years later when Martin Fowler reminds a 16 year old Bex Fowler that killing Jamie was the biggest mistake of his life because of all of the negative gossip he endured during his adolescence. Martin empathises his experience with Bex when she is bullied at school, saying that she shouldn't let others talk negatively about her and that life moves on eventually. 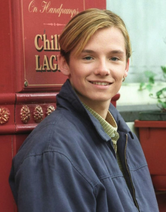 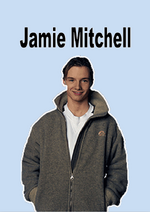 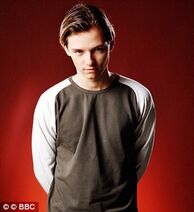