On 19th February 2020, the Queen Victoria had won the best pub and was rewarded with a boat trip on the River Thames for all members of Albert Square. After Ian found out that Dennis was responsible for putting his son in hospital, he trapped him in a room on the lower deck of the boat. The boat crashed, caused by Phil Mitchell and Keanu Taylor and Ian tried to save Dennis from drowning. However, The Boat Rocked and made Ian drop the keys into the water, unable to be reached by Ian. Following this, Ian broke the door down with a fire extinguisher and got Dennis out. As they were about to go up the steps, a wave of water flooded the lower decks completely, Making Ian's hand slip and lose Dennis. Ian tried to find Dennis but when they got to shore, Denny died from a cardiac arrest following his Injuries. Whilst this was occuring, his mother, Sharon Mitchell gave birth to his brother, Kayden Watts. Keanu delivered the news to Sharon about Dennis, leading to Keanu's departure because of Sharon's accusation (Manslaughter of Dennis) against Keanu. 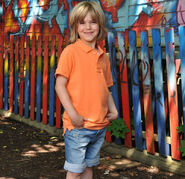 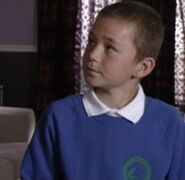 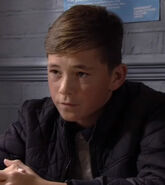 Dennis being attacked by Jagger and his gang 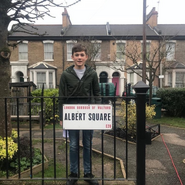 Retrieved from "https://eastenders.fandom.com/wiki/Dennis_Rickman_Jr?oldid=212064"
Community content is available under CC-BY-SA unless otherwise noted.