Courtney is born prematurely by caesarean section in March 1997. It was unknown at her birth if her father was Grant or Tony Hills but a DNA test revealed that Grant was her father. Grant and Tiffany separated and Tiffany was about to leave with Courtney on New Year's Eve 1998, but was run over and killed by Frank Butcher - she was chasing Grant because he had snatched Courtney at the time.

Grant and Courtney move to Rio de Janeiro in October 1999, and Courtney lives with her dad and stepmother Carla, before returning to London on 27 March 2006 with Grant. Courtney is mischievous, often refusing to do as she is told, answers back and continually bullies and argues with her cousin, Ben. Ben tells Courtney that Grant killed her mother, Tiffany, causing various problems in Courtney's behaviour and she initially refuses to believe Grant when he said Tiffany's death was an accident.

When Grant's wife Carla shows up, Courtney shows her obvious dislike. Grant decides a fresh start is what they need and decides to move to Portugal. However, on 9 June 2006, Grant dumps Carla after discovering she is planning to fleece him and run off with another man so Courtney and Grant move to Portugal alone. Courtney was last heard of on the phone to Peggy in 2010.

In August 2016, Courtney reads a text on Grant's phone from Sharon Mitchell (Letitia Dean) and meets her at a café, saying that Grant is not coming. Courtney asks why she and Grant were not invited to Peggy's funeral, to which Sharon says that they were. Courtney follows Sharon to the police station, where she sees Grant outside. On 9th September 2016, she departed to Portugal with Grant. 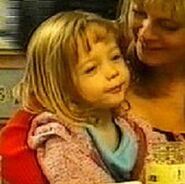 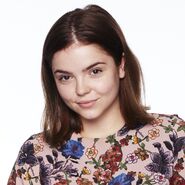