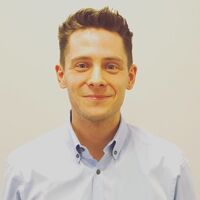 Before being cast as Spencer Moon in EastEnders, Chris Parker worked as a lifeguard in Deptford, South London. He was a stunt double on the film Harry Potter and the Chamber of Secrets. Chris enjoys extreme sports and working out and spent a month on a charity hike through Poland.

Chris has been performing in one way or another from a very young age. Starting as a model appearing in numerous print campaigns and TV commercials he progressed onto appearing in TV dramas such as The Bill, London's Burning and Judge John Deed.

Building on this popularity, Chris took part in the first-ever series of Strictly Come Dancing / Dance with Stars. The multi award-winning prime-time show saw Chris reach the final, polling thousands of viewer votes each week and raising thousands of pounds for charity. Chris is exceptionally proud of his involvement in the first-ever series of this now internationally famous television format. Chris enjoyed being himself in front of the camera and started to host on TV as well as act.

Chris works closely with two children's charities - Barnardos and Childline and International charity, The Red Cross. He has run two London Marathons and travelled to Africa with presenter friend Fearne Cotton to highlight the issues of poverty in Kenya.

Since leaving the favourite BBC Drama in 2005, Chris has been busy with both his acting and hosting career. Chris worked as a CBBC continuity presenter gaining essential live experience, going on to present on shows such as cd: UK, MTV News and on ITV daytime show This Morning. His work took him to Los Angeles where he anchored a live three-hour show called Dead Famous Live. More recently Chris hosted an hour-long special called Bond is Back for American television about new James Bond movie, Casino Royal. His work has seen him interview everyone from music stars such as the Pussycat Dolls and Girls Aloud to British TV stars such as Peter Andre and the cast of Footballers Wives to International stars such as Will Ferell, Zack Braff and Daniel Craig.

Chris is passionate about interviewing people, and many of his interviews are picked up by the popular press. He has worked on the Hollywood premiere circuit for the Press Association and regularly appears as a guest columnist on shows such as The X Factor, Big Brother and The F Word.

Chris also enjoys working behind the camera and his job on This Morning saw his research and write much of his material. He refreshingly believes it is essential to have an understanding of the work of his colleagues and a healthy interest of all parts of the industry in which he works. Chris also enjoys writing and has written columns for national newspapers and magazines. He has also just written and is developing a new TV format called Culture Shock.

As for his acting work, Chris recently played Ezra Fitch alongside Christian Slater, Nick Moran and Eddie Izard in a live performance of Hollywood movie The Rogues. He will also appear in the next series of the BBC1 drama Hotel Babylon where he will play footballer Clive Hocker alongside Danny Dyer.

Retrieved from "https://eastenders.fandom.com/wiki/Christopher_Parker?oldid=149396"
Community content is available under CC-BY-SA unless otherwise noted.