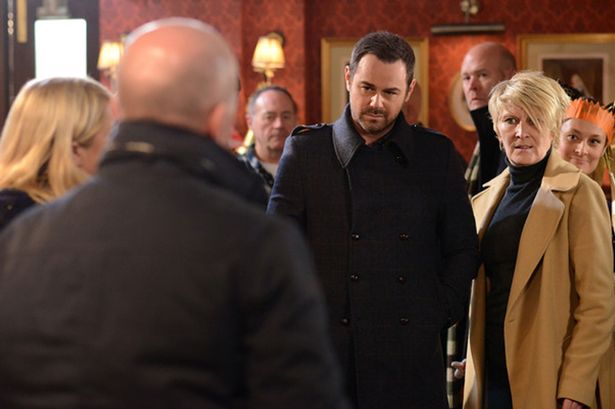 Christmas 2013 was rather eventful with new characters coming into the show and others leaving.

Janine confessed to David that she was the one who killed her husband Michael Moon, David recorded Janine confessing to the murder and demanded her money or the recording will go to the police.

New Owners at The Queen Vic

Retrieved from "https://eastenders.fandom.com/wiki/Christmas_2013?oldid=29987"
Community content is available under CC-BY-SA unless otherwise noted.