Cassie's parents are separated and she initially resides with her mother and her mother's new boyfriend, a corporate lawyer named Neville Agard. Cassie first appears in November 1985 when she comes to visit her father in Albert Square. Cassie loves her father and finds her parents' separation difficult, particularly as she does not get on with Neville.

In April 1986, Hannah and Cassie arrive on Tony's doorstep with the disturbing news that Neville has been beating Cassie with a riding whip. After Tony fights with Neville, both Hannah and Cassie then come to live in Walford with Tony and Kelvin, and Cassie is delighted when her parents have decided to give their marriage another chance.

Cassie is a mischievous youngster who, like her brother, is bright. In May 1986 she gets into trouble with her school for bullying another girl, and is in even more trouble with her parents for trying to hide it from them. Tony later catches her smoking cannabis, which she has stolen from Owen Hughes, a friend of Mark Fowler's. Tony is furious and the Carpenters refuse to speak to any of the Fowler family because of it. After a subsequent meeting with Cassie's headmaster, Hannah decides that the only solution is to send Cassie away to boarding school. Cassie is against the idea but nevertheless, she is sent away in September that year. A few weeks later the Carpenters hear news that Cassie has run away from school and is nowhere to be found. She is discovered the following day, stealing food from Michelle Fowler and Lofty Holloway's kitchen in Albert Square, and returns to the school.

Cassie appears infrequently after this, and plays a Herald Angel in the Walford Nativity play on Christmas Eve 1986 and the following day when she, Kelvin and his friends play charades. This is her last appearance, but after her parents attempt at a reconciliation fails, Hannah leaves Walford and Cassie goes to live with her. Tony visits her occasionally, before leaving Walford too in 1987. 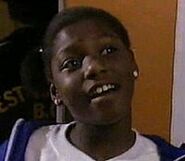 Cassie Carpenter
Add a photo to this gallery
Retrieved from "https://eastenders.fandom.com/wiki/Cassie_Carpenter?oldid=173362"
Community content is available under CC-BY-SA unless otherwise noted.