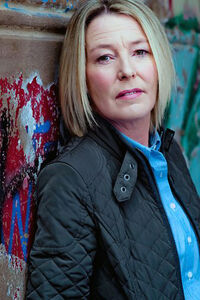 Caroline Paterson is a Scottish actress who played Ruth Fowler in EastEnders from 1994 to 1999.

Born in 1965 and raised in Kirkcaldy, Paterson was no stranger to our screens before landing her role as Ruth, she made her first television debut in 1985 on the television series Summer Season in a minor role, she then went on to appear in other television series' such as Screenplay, Dramarama, Screen Two and The Bill. She has also directed one episode of Tinsel Town in 2000 and wrote the drama Wasted in 2009.

However, upon leaving EastEnders, she went on to become D.C. Weller in Coronation Street from 2008 to 2009 and Debbie Marchant in Holby City. Her last known television role was in the thriller Weapon in 2018.