In 1985, 3 Albert Square is owned by builder Tony Carpenter. It is unclear how long he had owned the house for, but he had a mortgage for both it and the family home in which his seperated wife and children live, implying he had bought No. 3 recently as accomodation for himself as part of the seperation and upcoming divorce. The whole property is in a near derelict condition and Tony initially lives in his van (parked outside the house) for a short while until he makes the basement habitable. He slowly renovates each room over the course of 1985-1986 during slack periods from his full-time building work, and eventually splits the house into three flats, selling them off one by one.

Colin Russell is the first owner of the converted top floor flat, 3A. He offers £1,000 above Tony Carpenter's asking price, gazumping Naima Jeffery who was also keen to buy it.

In July 1987 Darren Roberts along with his son Junior and young daughter, Aisha manages to persuade his sister Carmel Jackson to allow him and his children to move in with her at number 3B Albert Square.

When Tony migrates back to Trinidad in May 1987 he leaves the basement flat, 3C, in the care of Kelvin, who lives there until September 1987 when he leaves for University. Kelvin rents the flat to Mags Czajkowski on a short term let for £60 (per week or month is not specified).

When Colin moved out of 3A in 1989 he left the flat vacant but under Dot's care. On 2 January 1990 Rod Norman and his girlfriend Hazel (1989) began squatting in the flat using a key 'borrowed' from Dot. David Wicks then moved in to this property for a short while. Also during 1989 the basement flat (3C) was lived in by Kathy Beale, who had recently moved in after she has split of with her husband Pete. Beppe di Marco was the next occupant.

The flat was left empty for a while, later Ricky Butcher moved in with his ex-wife Sam Mitchell as a flatmate, she was later replaced by Gus Smith. Ricky and Gus moved out leaving the flat vacant until the Ferreira family moved in Adi, Ash & Ronny. The Ferreira family has been forced to leave 55 Victoria Road. They three managed to squeeze themselves into the middle floor of the property. The three brothers have also took on another flatmates Adi's friend Sasha Perkins along with her pet snake Lionel.

When the Ferreira's sister Kareena returned home from working abroad as a holiday rep, everyone one felt too cramped in, so decided to rent the upstairs flat as well as the middle. Adi, Ash , Ronny, Kareena  & Tariq Larousi were forced to leave the square by Johnny Allen.

Garry Hobbs and Minty Peterson then moved into the flat with Garry inviting Naomi Julien to become their new flat mate. Sonia later had a relationship with Naomi and also moved into the flat, after leaving her husband Martin Fowler. Later Garry disapproved of Minty's friendship to SJ (Sarah-Jane) Fletcher, which ultimately led to Minty moving out.

In E20 Series 3, 2011 Ava Bourne, Donnie Lester and Faith Olubunmi squatted in this flat, when they were arrested. They returned to 3 Albert Square and discovered it had been turned into a youth hostel (care home), they lived there with Richard Vance (Care worker). Richard was later arrested for sexual assault charges against Ava. Teresa moves in and takes over as the care worker. Donnie Lester is later arrested for GBH on Talia but is covering for his sister Riley Lester. Its unknown what has happened to the care home.

In the episode dated 22 May 2015, Alfie Moon gives Stacey Branning the keys to 3C and tell her he has paid for the rent for a year. Stacey then invites Martin Fowler to live her as friends. Then they become a couple and she gets pregnant and then there son Arthur comes to live with them. Stacey then later invited her brother Kyle Slater to come and live with them. 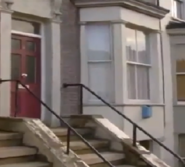 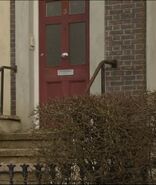 Naomi's Room
Add a photo to this gallery

Ricky and Gus's Dining Room
Add a photo to this gallery

Martin and Stacey have a drink in the kitchen(2015)

Stacey inside her bedroom, as seen from the hallway (2015) 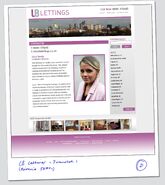 Martin Fowler Letter (2016)
Add a photo to this gallery
Retrieved from "https://eastenders.fandom.com/wiki/3_Albert_Square?oldid=163627"
Community content is available under CC-BY-SA unless otherwise noted.