Gray Atkins
Chantelle Atkins
Mia Atkins
Mackenzie Atkins
1 Albert Square (Cranleigh) is a house on Albert Square, Walford. This building was previously split into 3 flats for over 80 years, until 2015, when property developers knocked the flats through into one single property. In April 2019 Gray Atkins bought the house as a suprise for his wife Chantelle and their children Mia and Mackenzie.

The basement flat of 1 Albert Square (known as 1A) was home to the Walford Surgery, which has been run by all of Walford's local GPs. The Surgery closed in 2015.

The middle flat of 1 Albert Square (known as 1B) was home to Ethel Skinner. Ethel later moved into sheltered accommodation in 1988 after she was unable to cope with the stairs. Barry Clark and Pat Butcher both lived here for a brief periods. Harold Legg originally lived in Islington, North London, but he later decided to move into the vacant flat with his nephew David Samuels. When Legg moved away from Walford, Fred Fonseca lived in 1B with Mick McFarlane.

Oliver Cousins lived in flat 1B from January to May 2006 but then left the Square for a new job in Leeds. Next May Wright lived in the flat with her then husband Rob Minter, but then they separated. May was in custody for trying to kidnap Summer Swann. She came back to get Summer but her plan failed and she died by lighting a cigarette when the gas oven was on and caused a huge fire.

In 2008 Poppy Merritt had a brief stint as the doctor but left in April 2009 and then Al Jenkins had become the new doctor and replaced her. Al moves out in early 2010 when he decides to move to Cornwall. Heather Trott moves in with her baby George in September 2010. They move back out due to faulty heating in 2011.

The top flat of 1 Albert Square (known as 1C) was originally the home of The Sullivan Family, Mother Ivy and her three kids Sally, Margaret and Gavin. They move out by 1970. Lofty Holloway moved into 1C in 1985, he later married Michelle Fowler, he lived there with her and Michelle's daughter, Vicki. They all move out by 1988.

In 2007, Max Branning bought the flat as a wedding present for his son Bradley and his new wife Stacey. Bradley kept it a secret from Stacey, and revealed it at Christmas. However when Max and Stacey's affair was revealed, Bradley smashed up the flat and later gave the keys back to Max.

In 2014 Cora Cross moved in with Abi, Lauren and Dexter. Later, Abi and Lauren move back into 5 Albert Square. Dexter moves to Birmingham to live with his mum in January 2015. In April 2015, Cora gets evicted after E20 Building & Property Renovation begin refurbishing the building. She moves away from Walford to live with her daughter Tanya Cross, but is later found to be homeless.

In November 2015, 1 Albert Square was renovated by E20 Building & Property Renovation and all the flats were changed into one house. The house was sold through Duncan Roe Estates and was bought by Vincent Hubbard. He, as well as his wife, Kim, and their child, Pearl, moved into the property. Later in November 2015, his mother Claudette Hubbard also moved in. After Vincent left, Kim & Pearl moved back in with Patrick, leaving the house unoccupied. In April 2019, Gray Atkins bought the house as a surprise for his wife Chantelle Atkins so she could be closer to her family and the new hair salon she worked at. They moved in with their children Mia and Mackenzie.

Washing Machine
(10 September 2019)
Add a photo to this gallery 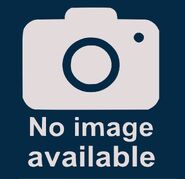 No Image Available
Add a photo to this gallery

Lounge and Dining Room (2016)
Add a photo to this gallery

1 Albert Square Advert
Add a photo to this gallery
Retrieved from "https://eastenders.fandom.com/wiki/1_Albert_Square?oldid=144916"
Community content is available under CC-BY-SA unless otherwise noted.